Loudoun County has recently been ranked among the wealthiest, happiest and best places to live in the country. But there is one list it is unlikely to make: places with the best nightlife. And that makes local business leaders unhappy.

The perception that there is little to do in Loudoun when the workday ends is making it hard for businesses to attract and keep qualified young workers, said Tony Howard, chief executive of the Loudoun County Chamber of Commerce. 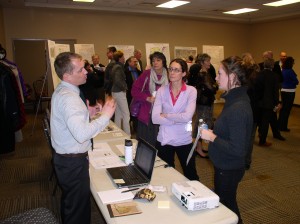 About 80 people packed a small meeting room at the Dulles South Multipurpose Center in South Riding on Jan. 22, as Loudoun County launched a community outreach project intended to help shape development in the rapidly growing area west and south of Dulles Airport.