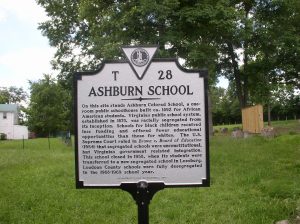 “Their haunting melodies adhere themselves to your inner ear and leave you deciding to just leave the album on loop for hours on end.”

“…one track from the record stood out for me and sparked something deep inside of me that few songs have before.”

“‘His name is Ethan Ives and he plays in a band called Car Seat Headrest,’ she said casually.”

“The twenty-something is able to reach back and pull out some of that late teen angst, turn it into a brilliant indie rock sound, and then throw in (sort of but not…) covers here and there, making you scratch your head like whaaaat but then the end result is ‘OMG I love this.'”

“…the band created a quintessential Bonnaroovian moment: everyone in the audience could relate to the excitement of a fantasy coming to fruition, so the tent’s overflowing positivity – emanating equally powerfully from the band and their crowd – only enhanced Car Seat Headrest’s already consistently superior indie rock chops.”

“Car Seat Headrest had one of the best sets of the festival. Keep an eye on Will Toledo, he is surely destined for even bigger things.”

“A star was born on stage at This Tent Friday afternoon, and we’re not talking about indie-rockers Car Seat Headrest — though they’re among the most acclaimed acts to emerge from that world in the last few years.”

“The four-piece took to the stage with no ceremony, grabbed their instruments and proceeded to melt my face off with a blistering performance.”

“Toledo raps, under the stage name ‘Stoney Bologne,’ about how bullies pushed him into pools and kicked his face.”

“After cheekily acknowledging the piece on Twitter yesterday, Toledo and his band have dropped what’s been described as “our new, on-point diss track.”

“…to be among a friendly group of people, all connecting, all exuding redemptive, therapeutic energy was inspirational.”

“From one of the top albums of 2016 – Teens of Denial – Car Seat Headrest’s Will Toledo sings about past lives, drugs, that guy he hates and well, being letdown by hippie culture, all with charged-up guitars and a crazy-good hook.”

“Despite his shy demeanor, this anti-frontman’s ability to mesmerize a room is a testament his solid songwriting, which was on full display tonight.”

“Mighty songs from a muscular band.”