When the Loudoun County Board of Supervisors adopted a budget for fiscal 2018 on April 4, it handed the school board the task of trimming its expenditures by $5.5 million.

On Monday, the school board completed the budget reconciliation process by approving a list of reductions recommended by Schools Superintendent Eric Williams. That list avoided cuts to the school board’s key initiatives, such as expanding full-day kindergarten, boosting employee salaries and buying new school buses.

Turf battles between the Loudoun Board of Supervisors and the county school board are nothing new, but now the boards are tussling over the turf itself, as they debate whether artificial and natural turf athletic fields at high schools should be tested for potentially harmful chemicals.

The supervisors have expressed interest in testing three synthetic turf fields, but the school board has insisted that an equal number of natural turf fields also be examined so as to make a comparison. Supervisors have responded that testing the natural fields is unnecessary and that the additional requirement was concocted by the school board to kill the initiative altogether.

Torn between the competing goals of fully funding the school board’s budget request and avoiding a tax increase, the Loudoun County Board of Supervisors settled on a compromise spending plan Tuesday for fiscal 2017.

Three Republican supervisors joined three Democrats to approve a $2.46 billion budget that slightly raises the real property tax rate but falls about $16.9 million short of the school board’s request. The school board is now considering options for closing the gap.

In a meeting with the Board of Supervisors on Monday, the Loudoun County School Board presented its case for full funding of a $1.07 billion budget it is seeking for fiscal 2017.

Schools Superintendent Eric Williams outlined a plan that would add hundreds of teachers and other school-based staff members to keep pace with enrollment growth, give employees a pay increase and more than double the number of students in full-day kindergarten. 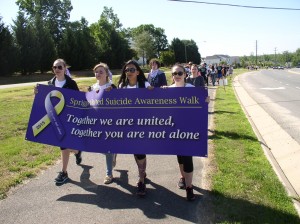 After receiving heavy pushback from mid-county residents, Prince William County Schools Superintendent Steven L. Walts backed down from a proposal to move the Mary G. Porter Traditional School from its location in Woodbridge to a site known as the Ferlazzo property, at Spriggs and Minnieville roads.

Instead, the school system will proceed with its original plan to build a facility that will serve local residents at the Ferlazzo site, Walts said…

The Prince William County Board of Supervisors is using the power of persuasion and its control of purse strings to try to defuse a controversy that has erupted in recent weeks over plans for an elementary school that is scheduled to be built in the mid-county area.

The school board is considering a staff recommendation to move the Mary G. Porter Traditional School from its current location in Woodbridge to a site at the intersection of Spriggs and Minnieville roads. That site, on land previously owned by the Ferlazzo family, had been planned for an elementary school for children who live in the mid-county area, scheduled to open in 2016.

About 60 people who live near Catharpin Park turned out for a community meeting Sept. 25 to express their strong opposition to a proposal to build a school bus transportation center next to the park.