When Ruth Everhart was a senior at a small Christian college, she and four of her roommates were held captive and brutally raped at gunpoint by two masked intruders.

Although she survived the ordeal, she was filled with shame and worried that she had been “ruined” — in the eyes of God, her family and the man she might one day marry. Her devastating experience shook her faith in God, and eventually led her to break with the conservative Protestant denomination in which she had been raised.

Last year, Everhart, 59, of Sterling, published her memoir, “Ruined,” in which she recounts the crime in detail and traces the twists and turns her life took in the months and years that followed. She tells how that journey took her through dark places — a breakup with her boyfriend, an affair with a married man, and conflicts with friends and family. 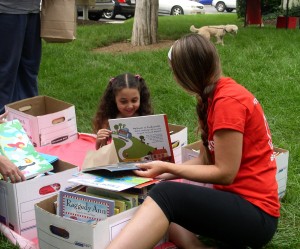 Several teachers from Herndon Elementary School are volunteering their time this summer to get kids reading.

Every Wednesday, the group brings a self-styled bookmobile to two apartment complexes in Herndon, where the teachers lay out boxes of donated books on the lawn. Children are encouraged to look through, choose books that appeal to them and take them home to read. Best of all: The books are theirs to keep. 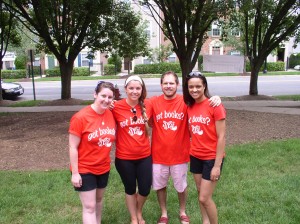