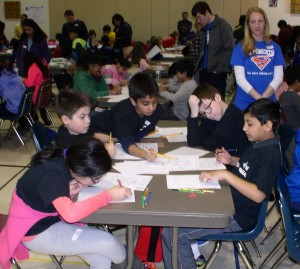 That problem would be a breeze for many of the students who took part in the second annual Loudoun County Regional Math Tournament on March 7.