On the evening of June 11, Community Table of Loudoun will serve a free sit-down dinner at Crossroads United Methodist Church in Ashburn for anyone who would like to attend.

On the first day of spring, after a long, snowy winter, about 40 people gathered outside the Loudoun County Courthouse at noon Thursday to witness local members of the clergy giving their blessings to couples in committed same-sex relationships.

One of the leading church organists in the Washington area, the Leesburg native recently returned to his home town to take a job as organist and choir director at Leesburg Presbyterian Church. 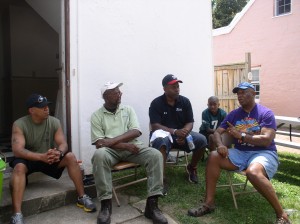 It was about noon on a sultry Saturday in July, and the aroma of grilled hamburgers and hot dogs wafted down a small side street in downtown Leesburg. Although the temperature was already in the 90s, friends had gathered under the hot sun in front of a plain white stucco building on Liberty Street for their weekly cookout.

Most of the friends were associated with Masonic organizations — the Prince Hall Masons and the Order of the Eastern Star — and they had come for more than food and fellowship. On Saturdays for the past three years, the group has organized cookouts to raise money for the preservation and restoration of their Masonic hall, a building whose rich history is belied by its modest appearance. 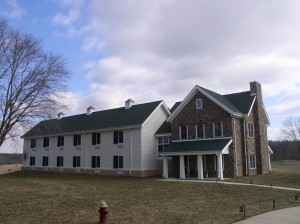 Meadowkirk, a 358-acre conference and retreat center near Middleburg, has been sold, according to officials of the National Capital Presbytery, the property’s previous owner. Loudoun County land records confirm that the property was sold July 15 to Delta Farm LLC for about $11.6 million.

Meadowkirk, a 358-acre retreat and conference center near Middleburg, is for sale, after its owner, the National Capital Presbytery, decided that it could no longer afford to keep the property.

Members of local faith groups joined together to participate in a Bible-reading marathon.

A women’s group from Leesburg United Methodist Church thanked the staff of Inova Loudoun Hospital with a gift of valentines.

A nativity scene that once graced the Loudoun County Courthouse lawn has found a new home at Leesburg Presbyterian Church.