The Virts family has been engaged in traditional farming (think heavy equipment, rigid growing seasons and cornfields stretching for acres) since it settled in Loudoun County in the late 18th century. Twelve generations later, things are beginning to change.

Donald Virts, who farms 1,000 acres in northern and western Loudoun, decided that he had to adapt his methods to evolving economic and environmental conditions. His new business model, which he is introducing at CEA Farms north of Purcellville, embraces concepts such as hydroponics (growing crops in water), controlled environment farming, renewable energy sources and marketing directly to consumers. 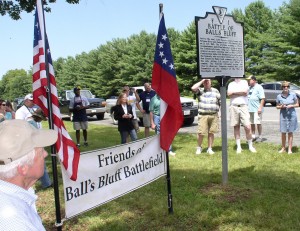 Eight months after the theft of a roadside historical marker commemorating the Battle of Ball’s Bluff in Leesburg, a new marker has been erected in its place.

More than 100 people gathered July 18 for the unveiling and dedication of the replacement marker. Positioned on the Route 15 Bypass, just north of Battlefield Parkway, it gives a brief description of the Oct. 21, 1861, Civil War battle that was waged along the Potomac River, less than a mile away. 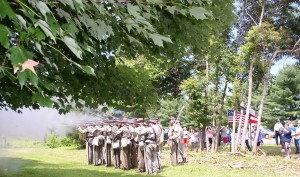